Pachube was one of the world’s first generalised data platforms and communities for the Internet of Things (IoT), at its height handling millions of datapoints per day from thousands of individuals, organisations & companies around the world.

By providing infrastructure for an open Internet of Things, Pachube's secure and scalable RESTful interface made it easy for anyone with a little technical know-how to design, build and deploy both individual connected device prototypes and experiments as well as widely-distributed IoT consumer products like the Current Cost energy monitor, whose Bridge (launched 2010) was Powered by Pachube.

Other notable moments in the platform's history include: 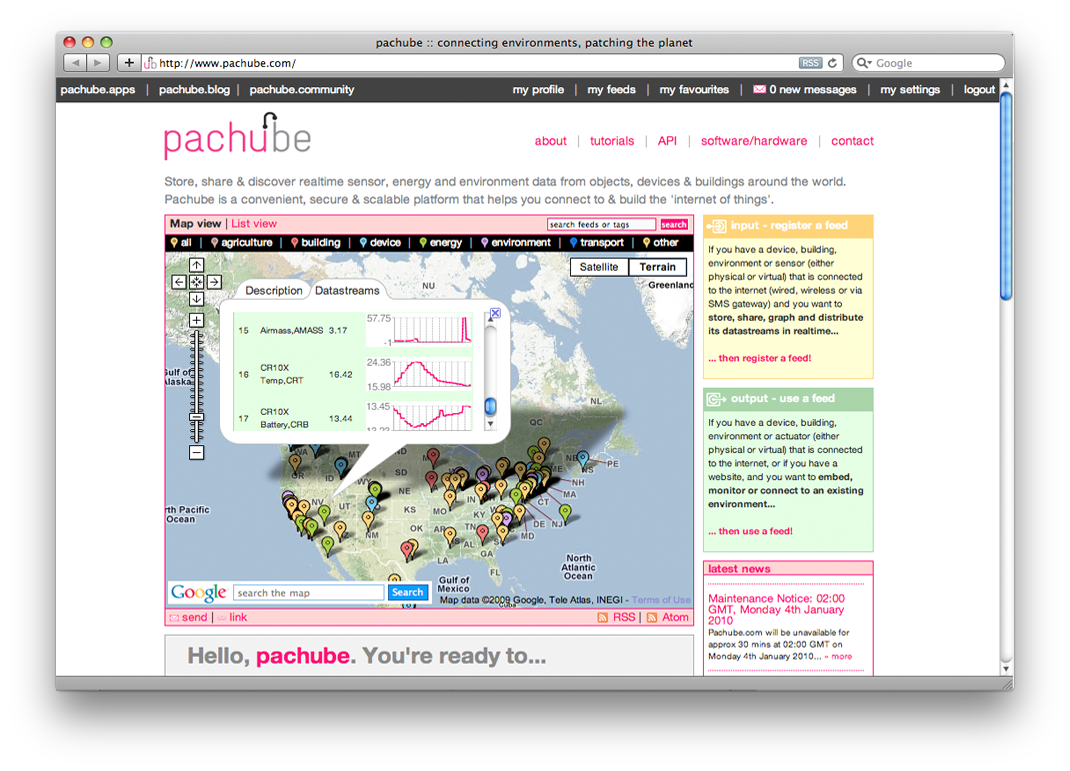 Key moments in Pachube's life can still be found on the Wayback Machine, including: