DIY City 0.01a is an early-stage prototype for a future mass-participation performance developed in a 2-week collaboration with Special Moves. In the project, the very streets themselves, and the buildings that look upon them, become the canvas for an urban-scale three dimensional projection - a graphical environmental 'wiki' through which people reimagine and redesign in realtime the spaces of their city. 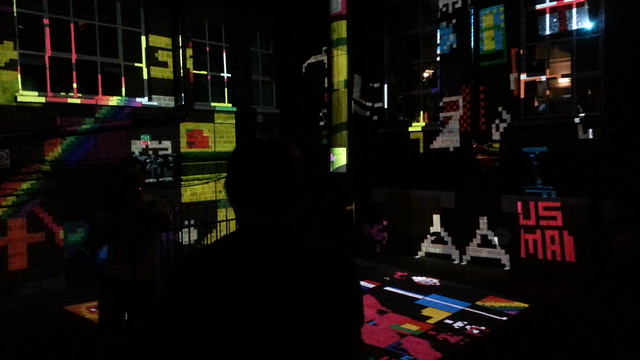 With special thanks to Dan Munslow at ADM for lending some projectors, Shane Walter at onedotzero for getting the word out, and Caroline Taylor, Gavin Clark, Rik Leigh, Pascal Auberson and Alexandra Ranson at Special Moves for making it all happen.